HUK-COBURG successfully rolled out a new self-developed sales portal for 5,000 field sales agents over the past few months. Sycor mbs played an important role in managing the project by carrying out participant management and organizing training on behalf of the private insurance company.

HUK-COBURG is one of the leading private insurers in Germany, and with over 10 million vehicles insured is the market leader in the motor vehicle sector. It includes  VRK (Insurers Within the Church), a company that focuses specifically on the needs of the church.

The insurance provider operates a dense sales network consisting of over 1,000 full-time, largely freelance agents as well as approximately 4,000 part-time freelance agents throughout Germany. HUK wanted to directly connect this sales force to the company’s central data processing system for the first time via its VTP2 sales portal, which it had developed in-house. This would enable all sales activities to be supported and controlled in a better and simpler way. The project also involved extensive organizational changes as well as significant training requirements for the agents.

From the first step of planning the roll-out at its head office, HUK-COBURG relied on the experienced consultants from SYCOR mbs GmbH in Göttingen. Following an  initial workshop, Sycor mbs developed the implementation concept, which outlined a detailed training plan as well as all training-related tasks. The training concept  and specialist trainers were determined, and the challenge consisted of qualifying a group of 200 managers and selected agents in the use of the system while spreading the workload as evenly as possible across the small number of specialist trainers, before building on this to plan training sessions for the broader sales  force. The concept also needed to be clearly communicated across all levels in order to implement the changes and synchronize the various activities involved.

To ensure the implementation went smoothly, Sycor mbs provided those responsible at HUK with a project management office team (PMO), which included both a  senior and a junior project manager, throughout the entire duration of the project.

Project lead Katrin Petersen describes her experience as follows: “One of the  success factors for the PMO was that it was in both Coburg and Göttingen on a weekly basis. So the PMO acted as an information hub between HUK’s project leadership in Coburg and the organizational team in Göttingen and could make decisions and small adjustments quickly during the entire project.”

During the project’s second step, Sycor mbs took care of organizing training and participant management for the roll-out over the course of a year. The training  sessions made as much use of the infrastructure available at HUK’s 38 branch offices as possible. The PMO coordinated between the six-member workgroup in  Göttingen and the internal departments at the insurance company. DSL bandwidths at a number of locations also needed to be increased and the planned  appointments coordinated in line with internal measures. Training was held in conference rooms at hotels or at conference centers when necessary. Each  organizational entity was provided with one or more training networks as well as training materials, software and access tokens for the participants. Once again, the  Sycor team worked to ensure that the workload was distributed as evenly as possible across internal resources, starting with the planning stages. Trainers and  trainees alike could contact a special hotline at Sycor mbs directly with questions regarding hotel bookings and the training process.

During the third step, an expanded version of the VTP2 sales portal was rolled out over the course of another year at HUK’s subsidiary VRK. This step included its own  pilot phase as well as training 30 trainers and an expert hotline. Additional measures, such as master data management for the user system, supported the  seamless integration of the VRK sales network into the company’s infrastructure. It was important to minimize the impact of the roll-out on this infrastructure as much  as possible. To this end, training sessions for 450 agents were conducted over a period of four months and largely at religious institutions.

Following the  project’s successful completion, one thing was certain for Project Manager Dr. Michael Reif: “Planning and implementing the qualification of 5,000 users is an extremely  complex task. The fact that the users weren’t employees to a large extent, but rather freelance or part-time agents, didn’t necessarily make things easier. With Sycor mbs, we found a reliable and experienced partner who supported us perfectly during the project.”

The roll-out project was successfully completed after over  two years with the qualification of approximately 5,000 individuals. 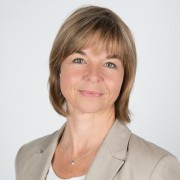