A few days ago I received an email from Zalando. If I want to, I can now get information on fashion trends and offers via Whatsapp. An interesting approach, I thought to myself. After all, what could be more personal than your own Whatsapp feed? And how much more time do I spend checking my Whatsapp messages than my emails? Okay, so gaining access to customers' individual Whatsapp feeds is kind of a big ask for a business. On the other hand, using that communication channel is typical of digital natives, who represent a growing percentage of e-business customers, a trend showing no signs of tailing off. A smart move.

Zalando is taking its business a step further with its Whatsapp service — something I believe also holds great potential for the B2B sector. In retail, there is a clear trend toward increased use of smartphones for online shopping, at least if the current study by Bitkom is anything to go by: e-commerce is increasingly becoming m-commerce. In 2014, only 14% of online shoppers above the age of 14 had used a tablet for online shopping, but by 2016 that figure had increased to 51%. The percentage for smartphones increased from 20% to 68%, while the numbers using desktop PCs and laptops for online shopping decreased from 58% to 50% and 66% to 64% respectively. Albeit with some hesitation, the B2B sector has often adopted B2C e-commerce developments, meaning that the trend toward mobile commerce will likely emerge there too eventually. For manufacturers at least, there is certainly a whole bunch of situations where it would be of obvious benefit to make online shops accessible via mobile devices: Just think of the number of hits they'd receive straight from production floor staff or aftersales employees reordering replacement parts on the go.

Interestingly, studies devoted to conversion rates actually found that stationary devices are associated with higher rates of completed transactions. This is because most B2C users use stationary devices such as laptops or PCs when they have a definite intention to buy something. Tablets are generally used to browse, search for inspiration or make impulse buys, while smartphones tend to be used more for urgent purchases. All the same, studies hitherto have shown that smartphones usually demonstrate lower rates of completed transactions. The main reason is customers' reluctance to enter large amounts of data onto a small screen. Those running webstores need to take that on board and design a very simple payment procedure. Good ways of doing so can be found in the form of PayPal Express or Amazon Checkout, for example.

Given those findings, you could ask yourself how sensible Zalando was moving to Whatsapp considering that rates of completed transactions are low for smartphones and that they are generally not used for browsing or inspiration. I believe that question can be answered with a firm yes: surfing the Net for inspiration and browsing is becoming more commonplace on smartphones. As I see it, that development has emerged due to the continual increase in the size of display screens. The difference between smartphones and tablets is continuing to erode, with the former now taking on the common profile of shopping on the latter.

Zalando is setting a trend with its Whatsapp strategy which could also teach the B2B sector a thing or two. Many businesspeople are already using Whatsapp as a quick and simple decision-making tool, particularly since the messaging service has begun to encrypt its messages. In the case of B2B, I imagine Whatsapp could be used to send important delivery updates or information on product availability directly. This has big advantages, because notifications would no longer get lost in a sea of emails and could also be seen and read quickly by out-of-office employees. After all, many users still place more value on a Whatsapp message on their smartphone than an email. Consequently, companies can cater to their digital natives better.

Initial frameworks have already been put into place to allow for Whatsapp messages to be sent direct from CRM systems, meaning that the service can be managed with minimum effort on the provider side. The next step will most likely involve direct push notifications that can be sent from a CRM system to the contact's smartphone. Mobile commerce: an interesting, and unstoppable, development that will also leave its mark on the B2B sector.

Do you have further questions?

You are interested in this topic and would like to get further information? Please get in touch with us. 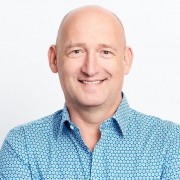