SAP Leonardo, blockchain, edge components: Get ready for the future!

Blockchain: What's that? More importantly, how does it benefit midsize enterprises?

Blockchain is one of the buzzwords of the year. But what is behind this technology? And how can it benefit midsize enterprises? We search for clues in the future.

Blockchain – or distributed ledger technology – is a technology that makes it possible to carry out transactions and certify data. It is based on synchronous, decentralized datasets that are publicly accessible and encrypted. Let's break that down:

Decentralization and synchronization make blockchain data highly secure. In order to hack them, criminals would have to break into and manipulate the majority of the datasets at the same time. That is virtually impossible due to the large number of datasets distributed across various servers. Subsequent manipulation of the data is also impossible, since the datasets approve each change among them and the encryption of each entry encompasses the previous data.

What are the fields of application for blockchain?

Financial transactions are the most frequently cited use case, with bitcoin based on the blockchain technology as an example. Applications in public administration, for instance for official documents, are being discussed as well. Official documents such as birth, marriage, and death certificates verified with blockchain would be far more forgery and crisis-proof than the current paper documents. The insurance industry, healthcare, supply chain management, and the food sector are also considered prime candidates for blockchain. Here blockchain could for example be used for the certification of organic products.

Ultimately blockchain will likely be used wherever some level of assurance is required for a transaction. And not just between people: It is estimated that up to seven times as many devices as people will be connected to the Internet and supply data by the year 2020. In what are called smart contracts that are based on blockchain, actions are derived from machine and sensor data. Insurance providers are examining initial use cases, for example in the travel insurance segment. All flight data are collected via blockchain. As soon as a flight meets the contract criteria, for example in regards to delays, a payment is issued to the policyholder via blockchain. That massively reduces administrative effort and improves customer satisfaction.

The benefits of blockchain are readily apparent: faster processes, lower costs, control of your own data. Putting your money on blockchain today to boost the confidence of your customers or improve your service is sure to be a winner. Even if the technology should fail to establish itself, contrary to all expectations, you will have realized unrivalled transparency in your business – which constitutes a major competitive advantage.

Do you have further questions?

You are interested in the topic of blockchain and want to explore the possibilities in your business? Then contact our expert Simon Weckmann now. 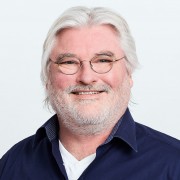