Successful transition to the cloud: Prefere Resins switches to the Microsoft cloud with Sycor

Flexibility and scalability thanks to Microsoft Azure – Sycor moved the chemicals company Prefere Resins Holding into the Microsoft cloud with a fast cut-over. As the European market leader in the production of phenolic and amino resins, the Prefere Resins group of companies offers industry-leading binding agent technology expertise to its customers in the key markets of the production industry, construction, and insulation. The company counts on a broad range of resols and novolaks closely tailored to customer specifications. Prefere Resins operates seven production facilities, two in Finland and one respectively in Germany, Great Britain, France, Poland, and Romania.

The future is in the cloud

In the interest of further improvement in the course of digital transformation, it's important for Prefere Resins to be scalable and flexible ‒ especially in IT. For that reason, the company decided to move to the cloud. Prefere Resins' entire IT infrastructure will be in the Microsoft cloud in the future. The benefits of the switch are readily apparent: Cost optimization, and the use and billing of the systems according to demand. Processes will be streamlined going forward and the company is reducing its dependency on service providers. "Before switching to Sycor and Microsoft Azure, all our servers and the associated managed services were operated by a service provider in Denmark. Sycor operated the Microsoft Dynamics AX landscape. We wanted to bundle all services under one partner and therefore decided to move to the cloud, choosing Sycor as our partner," explains Steffen Behnke, CIO of Prefere Resins Holding GmbH.

The project began to move the IT infrastructure to the Microsoft cloud (Microsoft Azure). Sycor also took over the network infrastructure and data center operation ‒ with the goal of providing Prefere Resins with all managed services from one source. Additional goals included improving the service quality and making an international service desk available to users 24/7.

"In the first step, we analyzed the existing systems in detail in order to make the subsequent transitions to Sycor and Microsoft Azure as smooth as possible. A solution was developed to replicate all servers at high speed, making it possible to implement the project quickly," says Sycor Project Manager Julia Stenger. Initial dry runs were conducted after the replication phase, and the planned solution was optimized accordingly. "We scheduled the cut-over in the middle of the month so the client's month-end closing would not be at risk. Four days were planned, but thanks to great preparation and support from Prefere Resins, the cut-over was completed in just 12 hours. Even so, there was no significant rework in the days that followed," Stenger continues.

The cloud-based (and of course also non-cloud) systems have been running since mid-January 2019 and user feedback is highly positive. Steffen Behnke draws a positive conclusion as well: "Switching to Sycor definitely paid off for us. The speed of data access as well as the stability and availability of the new solution are outstanding. We have realized major savings. Collaboration with Sycor was excellent and we are more than satisfied with the support services we now have." 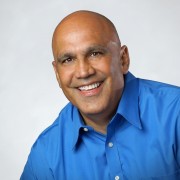