Ramirent is a household name in Finland, but few Finns realize how extensive and international the company’s operations are. The Ramirent Group operates in nine countries in Northern, Central and Eastern Europe, serving customers with a staff of roughly 3,000. Since 2019, Ramirent has been part of the family-owned French Loxam Group, which is the largest equipment rental company in Europe and the fourth largest in the world.

Ramirent Finland faced an IT challenge that was hindering its business development. The company was using an ERP system that had been developed in-house more than 20 years prior and was at the end of its lifecycle. The company’s financial management software was also out of date. The IT platform could no longer meet the company’s digitalization needs, and there was no point in introducing new features into old systems.

This meant it was time for a new ERP system, which would have to meet the special requirements imposed by Ramirent’s business. Ramirent Finland’s CEO Mikael Kämpe explains that, in the rental business, systems need to be able to keep track of who has possession of a given piece of equipment at any given time, when it is returned and what the price is based on the rental period. The system is also used to manage planning, installation, transport and dismantling services and monitor profitability and maintenance costs on a machine-by-machine basis.

Ramirent Finland settled on a solution in which the foundation of the new business system would be a Microsoft Dynamics 365 ERP system provided by Digia that would be expanded with the Rental add-on developed for the rental sector by Sycor, headquartered in Germany. “In the project’s preliminary stage, we came to the conclusion that Sycor.Rental was a modern industry solution that met Ramirent’s requirements,” says Jouko Jylhä, who was the project manager on Ramirent’s side. Digia’s ability to offer local support in Finnish for the whole system was also a contributing factor in Ramirent’s decision. This may not have been possible if the overall solution was built on an industry-specific ERP system.

The project was extremely significant and challenging for Ramirent Finland, as it overhauled the entire critical IT foundation of the company’s business activities. Going forward, the Microsoft Dynamics 365 Supply Chain Management solution backed up by Sycor.Rental will be used to run all of Ramirent Finland’s rental business, and Microsoft Dynamics 365 Finance will be used for the company’s financial management. The system functions extremely flexibly and serves the needs of customers ranging from individuals to international conglomerates. “We might sell a few pieces of sandpaper or provide a weather shelter to protect a building the size of Parliament. Whichever the case, it will be done with the same system,” Jylhä says.

The project also overhauled Ramirent Finland’s reporting and analytics. The ExFlow application was brought on board to circulate invoices. Jylhä explains that Ramirent’s own RamiSmart and Raimo mobile solutions were also updated and integrated with the new system. Digia carried out the changes to mobile applications as a separate project.

The new ERP system is cloud based, which comes with a number of benefits for Ramirent. “When the ERP system is in the cloud, it’s easy to add other Microsoft solutions onto it. It also lets us get rid of our old server environment,” Jylhä says. He also praises the ability to use the cloud solution in a browser, which makes both working remotely and managing Ramirent’s workstations easier.

The overhauled ERP system provided Ramirent with a number of opportunities to develop their business activities. Jylhä says that, for example, reporting and analytics were previously focused mostly on financial management but were expanded during the project to better serve business activities and business management.

“Now we can also add new systems alongside the ERP system, such as logistics solutions. Business activities can be digitalized and made more transparent, and customer service can be improved further,” Kämpe says. He explains that, for example, thanks to the overhaul, more data can now be imported into the RamiSmart customer portal, and its functions can be expanded. Kämpe is also excited about the fact that Ramirent’s new business platform allows for environmental matters to be taken into account more effectively than before. For example, monitoring and reporting progress towards emission reduction targets is now easier and more effective.

Planning for Ramirent’s enormous overhaul project started in late 2018, and practical implementation started in autumn 2019. In the implementation phase, the project moved forward in agile sprints that each lasted a few weeks. Several unexpected changes added to the challenge of this major project. Loxam’s acquisition of Ramirent occurred part way through the project, followed by the pandemic, which made tasks like organizing user training difficult. In the end, however, the project was a resounding success and was completed on schedule.

The deployment of the system was scheduled for a time that was optimal for Ramirent: October 2020, after the busy summer season had passed. “The system was deployed without a hitch, and there were no issues when it came to customer relationships,” Kämpe says. Jylhä explains that the parties involved were in the project were on the same page and able to discuss issues very openly. He thanks the experts from Digia and Sycor for their dedication to the project. “Digia did a fantastic job. Ramirent’s solution required some modifications on Sycor’s end, and they also implemented them expertly,” Jylhä says.

“This was a successful project. Digia’s consultants and developers always had a good sense and understanding of what needed to be done,” Kämpe says. He explains that the project opened up a number of opportunities for Ramirent to develop digitalization and the company’s business activities and that they will continue this development work with Digia in the coming years. 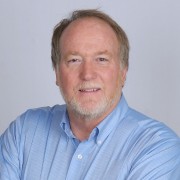