Microsoft is changing the name of its Office 365 products. On April 21, 2020, some former Office products will be renamed Microsoft 365. Functional changes or updates are not planned, however. Read our blog post to learn which changes are relevant and what this means for your company.

What's in a name?

Microsoft offers some special cloud services for small and medium-sized businesses with a maximum of 300 seats per subscription. From April 21, 2020, Microsoft will rename these subscriptions without changing the features or services:

Again, the fact that the subscription has 'Microsoft 365' in its name does NOT mean that it includes Windows Business / Enterprise and (parts of) Enterprise Mobility + Security.

Office 365 ProPlus is a subscription to the Enterprise product line and it is the only subscription that will change its name to Microsoft 365 Apps for Enterprise on April 21. The fact that it has "Apps" in its name should give the audience a hint that it is only for Office applications for local installation.

Organizations using the Office Deployment Tool or System Center Configuration Manager to deploy the Office applications should be aware of some important changes on the technical side. You can find everything you need to know here.

For the time being, all 365 business plans of Office 365 (such as E1, E3, E5 and the corresponding "A" for Academic for educational institutions and "G" for Government for government institutions) remain unchanged. The same applies to the Microsoft 365 Enterprise plans, which, unlike the new SMB "Microsoft 365" plans, include Windows Enterprise and Enterprise Mobility + Security features.

Firstline employees are employees in an organization who do not have or use their own personal computer for their daily work. Think of caretakers, construction or production workers and so on. People who are at the front line of the company, so to speak. Because these employees need a digital interaction every now and then, Microsoft introduced the "F" subscriptions some time ago. Now things are changing here, too.

The existing Microsoft 365 F1 subscription was renamed Microsoft 365 F3 as of April 1, 2020, but has no change in functionality. In addition, a new Microsoft 365 F1 will be introduced, which is basically the F3, but without Windows 10 or virtual desktop rights, without OneDrive for Business and without Exchange email. In fact, it can be considered as a team with some management and security features. All relevant information can be found here.

We believe that these changes are a forerunner for major changes in the future. Remember that Microsoft 365 Apps for Enterprise (formerly Office 365 ProPlus) will soon be licensed on a "per device" basis. All in all, the future changes could mean the end of the classic perpetual Office licenses and, in this context, the end of perpetual license agreements such as the Enterprise Agreement and Open / Open Value program.

These topics may also be of interest to you:

Is the whole name change still a little confusing? Need help finding out which is the best subscription for you? Or do you want your subscriptions to be accompanied by the best possible knowledge?

We are happy to help you. Do not hesitate to contact our SAM experts. 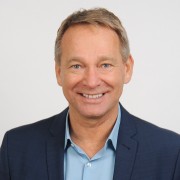